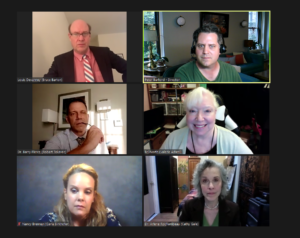 Set in the aftermath of hurricane Katrina, Break A Leg is proud to present a virtual round table reading of this new play that delves into the ethical issues faced in a time of unprecedented crisis, in this case, hurricane Katrina, and the life and death consequences that follow.

“My heartfelt thanks to Peter and the entire cast for their moving and powerful performance of my play “Natural Causes”. I sat marveling that such a talented professional company would devote so much time, energy and emotion in to a play that I wrote. I am overwhelmed.” – Kevin Clancy 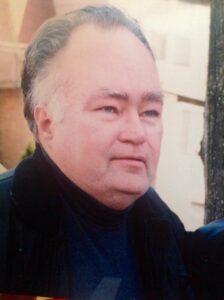 KEVIN CLANCY has written 8 full length plays (including one musical) and 8 collections of one act plays, most of which have been produced by Darknight Productions, since 2002. He has also had plays performed in the 2006 and 2017 Midtown International Theater Festival (both times nominated for best short play) and the 2014 NYC Fringe Festival. He is currently working on a group of plays about critical events in the lives of real life writers.

There are no events to show.