Meet our Talk back Speakers: 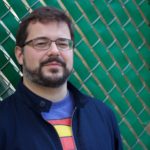 Based on Arthur Conan Doyle’s story “A Naval Treaty,”  a friend of Doctor Watson is in trouble and begs for the help of the great Sherlock Holmes.  Unfortunately, Holmes is only a figment of Dr. Watson’s imagination.  Forced to hire a small time actor to portray the detective, Watson struggles to rein in his over-the-top performance.  Still, the two manage, not only to solve the crime but change both their fortunes for the better.

The reading will be followed by a post-performance talkback.